Amanda Idoko, who made the Young and Hungry list several years ago, also made arguably the most prestigious screenwriter's list, The Blacklist, last year!  Her script, Breaking News In Yuba County, has now been made into a feature film.  Appearing in the film are Juliet Lewis, Awkwafina, Mila Kunis, Allison Janney, Regina King and Ellen Barkin.  Amanda  is a writer-actor originally from the Bronx, NY. She got her break in the TV industry through the 2016 Disney-ABC Writing Program and was a writer on Imaginary Mary (ABC) and The Goldbergs (ABC). 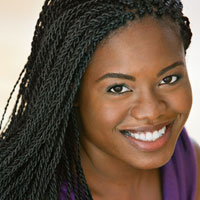