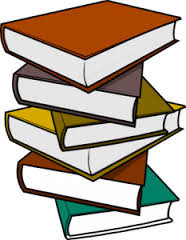 Join us at our next Cornell Author Networking event and hear the "how I got it published" stories of Lawrence Levy ‘70 and Sung J. Woo ’94, two first-time Cornell authors. Agent Bill Weinstein ‘98 will also be on hand to share his experiences bringing literary works to TV or film.

Lawrence Levy is a film and TV writer (Roseanne, Family Ties, Seinfeld and many others). He won a Writers Guild Award for Seinfeld and was nominated for two Emmys. His debut novel, Second Street Station, is an historical mystery published in June by Random House/Broadway Books. Set in the late 19th century, it is based on the true story of Mary Handley.  At a time when there were no policewomen, the Brooklyn police hire Handley to sleuth a high-profile murder.  Readers learn some very interesting little-known facts about Thomas Edison, J.P. Morgan, Nikola Tesla and the inventor of Coca-Cola, all of whom appear as suspects. Levy has already completed the second in the series, Brooklyn on Fire, which will be published in January.

Sung J. Woo’s short stories and essays have appeared in the New York Times, PEN/Guernica and KoreAm Journal. His debut novel Everything Asian, which offers a distinctive slant on the immigrant story, won the 2010 Asian Pacific American Librarians Association Literature Award.  It is a dramedy about a Korean immigrant family named Kim, who try to make sense of their new lives in America while running a retail store in a seedy, depressed mall.  Woo’s second novel, Love Love, is a story about two siblings, Kevin and Judy, who are figuring out how to be their best selves amidst the chaos of life. Kevin’s quest to learn the truth about his biological parents takes him from tony Princeton to San Francisco’s Tenderloin district, from the classy tennis courts to the gritty adult film industry. It will be published in September by Soft Skull/Counterpoint.

Bill Weinstein started his career in the mailroom at Endeavor and was promoted to agent in 2001. He departed in January 2010 to start Verve Talent and Literary Agency with fellow partners Adam Levine and Bryan Besser. At Verve, Weinstein has built a client list including both established artists and up-and-comers: Academy Award winner Michael Arndt (Toy Story 3, Little Miss Sunshine), Meg Lefauve (Pixar’s Inside Out and The Good Dinosaur), Ted Griffin (Ocean’s Eleven), Ian Roberts and Jay Martel (creators/showrunners of Key & Peele), Brian K Vaughan (Under The Dome), Kimberly Peirce (Boys Don’t Cry, Carrie) and Kristina Lauren Anderson, whose script Catherine the Great claimed the top spot on the 2014 Black List.

Books will be available for purchase.

Cost: Free – All guests will be asked to provide a brunch item (details to follow)