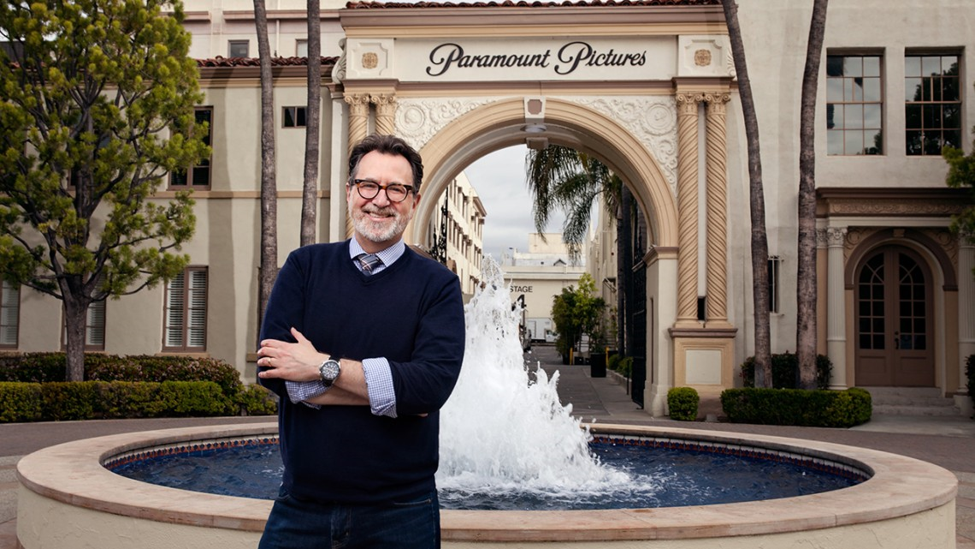 Lee Rosenthal ’87 knew he was in love with filmmaking when he found himself, as a college student, excited to wake up early. He was creating an 11-minute narrative movie for professor Marilyn Rivchin’s filmmaking class at Cornell, and he couldn’t wait to get at it.

“I never had that experience before,” said Rosenthal, now president of physical production at Paramount. “Something about that movie and that class excited me so that it changed the way I woke up each day. I still don’t sleep in because I approach my work with that sort of attitude.”

These days his work might involve reviewing locations for the new “Coming to America” sequel, flying to China to troubleshoot a visual effects sequence for a “Transformers” shoot, or making sure a scene from “Rocketman” looks just like 1970s West Hollywood – even though the movie was shot entirely in London.

“I call us the puzzle-solvers, the wedding planners of movie production,” Rosenthal said. “We figure out how to make movies a reality.”

Rosenthal came to Cornell planning to study communications, but found himself hanging out in Lincoln Hall, which was then the home of the theater department as well as music. A freshman playwriting class also was key, as the lessons he learned about story structure still inform what he does today.

“It became clear that what I really wanted to do was read and perform,” he said, so he decided to major in English and took part in many productions, both on stage and behind the scenes as a box office and house manager.

A particularly memorable experience was “A Midsummer Night’s Dream,” directed by professor David Feldshuh, in which Rosenthal played one of the mechanicals (actors who perform the play-within-a-play). Along with performances at Cornell, the show toured to local middle schools.

“We got to be funny and to be part of a truly imaginative and wonderfully literary, yet accessible, production of Shakespeare,” Rosenthal said. “A game-changer for me.”

Rosenthal also was “gifted” a group, The Whistling Shrimp, which he and friends transformed from a student theater troupe into an improv ensemble.

“When you grow up a chubby kid in elementary school, comedy can be one of those defense mechanisms. It worked for me,” Rosenthal said. “My friends and I were always doing sketch jokes and comedy growing up. Then my Cornell housemate Bob Clendenin and our friends, we just clicked. We would do jokes and improv around the living room.”

Some of the proudest Shrimp moments for Rosenthal? The group’s parodies of movies such as “Stand By Me” and “Top Gun,” and a proper madrigal version of Madonna’s “Like a Virgin.”

The Whistling Shrimp is still a thriving improv comedy group on campus.

Rosenthal said his love of telling stories, whether funny or serious, still drives his decisions today.

His team is often involved from the movie’s inception – giving advice on ways to pull off the director’s vision – through post-production, when sometimes a decision is made to schedule another shoot to flesh out a missing piece of the story.

Rosenthal says he always tries to approach movies from a story and character point of view when he considers schedules and costs. “That way,” he said, “I can be more helpful and persuasive with filmmakers, and the movies can be big and special – not just big.”

Paramount releases 15 to 18 movies a year, Rosenthal said, with three to four shooting simultaneously, another six to seven in post-production, another three on “the entry ramp” and others waiting in the wings.

“You can start the week thinking your focus is on a specific movie, but then find out that another movie needs a little love this week,” he said, noting his improv skills often come in handy. “Comedy and a sense of humor are things I call on every day. If you can get in front of a group of people and get through a sketch, you can do anything.”

Kathy Hovis is a writer for the College of Arts and Sciences.